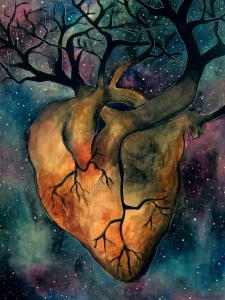 There is only one thing. There is no disconnect. It is all connected, as in, related. Interacting, melding, smushing, giving and taking and trading.

There only reason you think that Chemistry is separate from Biology is because we, as humans, divided up the information in to chunks. There is no actual divide. You cannot have biology without chemistry. You cannot have either without physics, and physics is nothing without matter (chemical, particle or biological). Thusly, there is no divide, it simply depends on where you point your lens. What do you choose to “pull out” as important?

For those that get focused on the brain as the great interactor, the great computer switch-board control center, I have news for you. There is no separation of brain from body. (Unless your capi has been detated, as in: decapitated). There is only one. Yes we have phantom feeling (feeling a limb that is not there) and numbness/flaccidity (not feeling a limb that is there) and a lot of that is moderated via CNS synapses. But those synapses have been influenced by the feedback loops (positive and negative) and responses from the system. The give and take.

Additionally, there is no separation of your body (and that brain) from the environment. You don’t exist without one. You (as in you) can be inspired, mood altered, chilled, pressured and on… all from environmental factors. The environment can give you the sense that there is no way out. And then that becomes how it is. This is not separate from the you that is you.

Each is a dynamical system within the other, influencing the other, non-existent without the other.

Think of that little muscle cell, way off in that thigh muscle group. Her environment is chemistry and biology and physics and everything. That muscle can live in a toxic environment of increased CO2 in the blood due to COPD, perhaps the muscle lacks adequate C6H12O6 due to Diabetes or other factors. You cannot separate the cell, or the RNA, or the quark from the homeostatic realism of being in a body.

Thus, when you learn of a new thing, keep it in the context of the whole. This is no “butterfly affect” type of thing. This is the real world. The present.

We don’t treat body parts. We treat people. But people are just part of the whole. 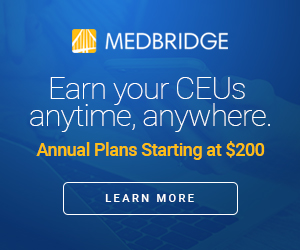